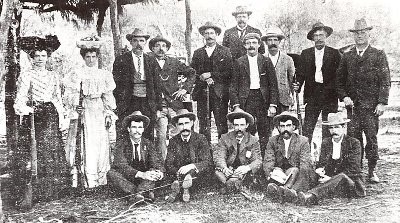 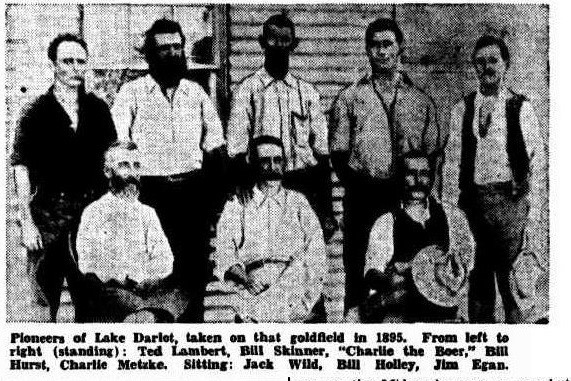 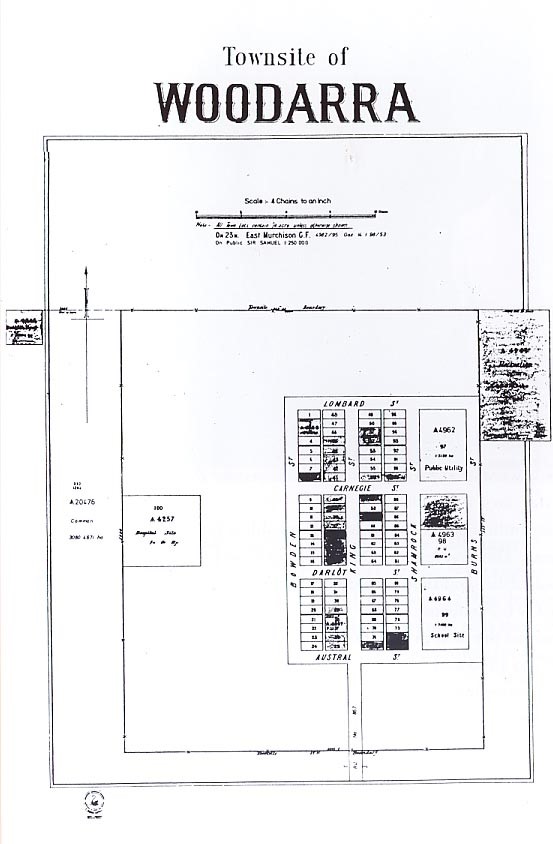 Region: Goldfields-Esperance
Coordinates: -27.9156, 121.2942
Directions: 60 kilometres NW of Leinster: 75kms NE of Leonora.  It is on Woodarra Road on Leonora's Loop.
The first cemetery was at the head of Horseman’s Gully where there were 8 burials before a new cemetery site was gazetted. The original 8 burials were transferr

Lake Darlot was discovered by L.A.Wells on 6 March 1892 as part of the Elders Expedition and was named after Leonard Hawthorn Darlot one of three sons of H.R.H Darlot, a pastoralist who purchased Berengaria Station property in the Murchison District in 1882.

Jim Cable from Victoria discovered a field of nuggets here in 1894, collecting 2000 ounces. For his trouble, he was speared by an aborigine and had to leave. The Darlot Rush started and by 1895 there were between 900 and 1500 men at the location.

Following an influx of prospectors and miners, the Lake Darlot progress association lobbied for the declaration of a town site. Lots were surveyed in 1896 and the progress association asked for the town to be named Woodarra, after the Aboriginal term for a nearby granite rock formation. The town site was gazetted in 1898.
Once the alluvial gold was exhausted, shafts began to go in.

A battery was opened on 19 February 1898 by Jim Finch. The State Government took over the battery in 1901 and relocated it to the Ballangary Mine. Over the next eight years, it produced the most gold of any battery for Western Australia to that time.

A bicycle postal service to and from Lawlers was established in 1895, this was later replaced with a mail run from Cue via Lawlers. In 1896 the mail run was again changed this time from Mount Magnet via Lawlers which lasted for six years.

Businesses in 1899 were three stores, a butcher and a baker. The Dew Drop Inn was the first hotel followed by the Ballangarry and the Woodarra.

When the town was flourishing the sporting/ social activities of the small community was very buoyant.

Darlot and Lawlers began the first of many cricket matches between the two fields in 1897. This eventually became a week-long affair, held twice a year, one week in Darlot and the other week in Lawlers.

A rifle shooting competition was also started between the two towns and they competed for the May Smith Trophy.

Banquets and Balls were planned around these sporting events”.

A tennis court was completed and this became one of the sports between the two towns.
In 1908 a public meeting was held to form a racing club. It was agreed that the club would be formed under WA Turf Club Rules.

Everard. Firebrace Darlot, a successful pastoralist in Western Australia
Residence, 52 Mount Street was among the first substantial residences to be built in Mount Street, at a time when it was recognised as one of the most prestigious addresses in the Colony. (Criterion 2.1)
Residence, 52 Mount Street at 52 Mount Street, West Perth, being Lots 101 and 102 (formerly Perth Building Lot L46), comprises a two-storey residence constructed in 1892 for Everard Firebrace Darlot to a design by architect John Talbot Hobbs. Everard Darlot was a successful pastoralist in Western Australia, taking up many stations around the State, particularly in the Mid-West. Darlot was born in Victoria in 1859 and came to Western Australia in 1878. In 1881, Darlot took up his first station in this State - Berringarra Station in the Murchison.3 In 1885, Darlot married Harriet Mills.
In addition to his pastoralist interests, Darlot also had political aspirations. In 1887, Darlot became a member of the Upper Gascoyne Road Board Between 1890 and 1894, Darlot was the Member of the Legislative Assembly for Murchison. In 1937, Darlot died in Perth and was buried at Karrakatta Cemetery.

The town of Woodarra grew to service the mines, although it was commonly called Darlot. Many leases closed during the First World War years, and the area remained semi-moribund thereafter. The store at Darlot closed in 1952, the last remaining business in the town.

Intermittent battery crushings occurred during the 1960s, '70s, and '80s. Modern open pit and underground mining began with Sundowner Minerals NL in 1988 at Monte Christo. Plutonic Resources began open-pit then underground mining in 1992, Homestake in 1998, Barrick Gold in 2001, and Goldfields in 2013.

Red 5, Northern Star celebrate Darlot and Kanowna Belle's anniversaries
November 23, 2018, News
Red 5 announced the 30th anniversary of continuous production at its Darlot gold mine in the Eastern Goldfields region of Western Australia. The Darlot anniversary coincides with Red 5’s commencement of bulk stoping at the mine’s latest high-grade deposit, Oval West, which was discovered in February. It is on track to meet its guidance of 26,000-30,000oz for the December 2018 quart