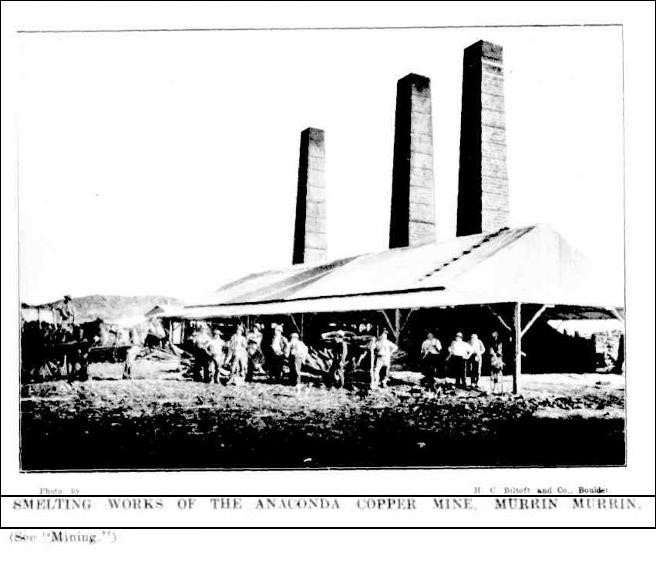 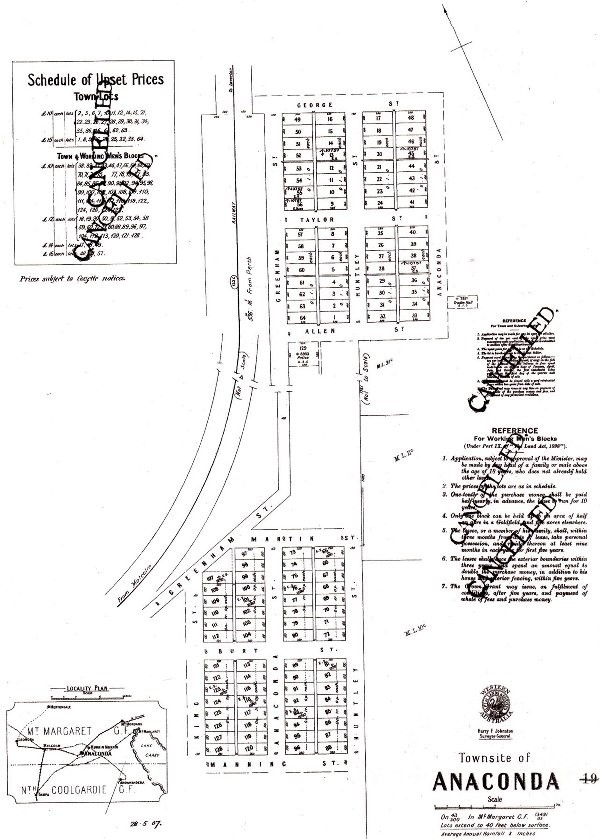 The area started with gold prospected by David Lambie in 1897 but copper became the major mineral mined. Rather than gold, it was copper mainly being uncovered, and Lambie let the mine under option to the Great Boulder Hampton Company for 2500 pounds. Their prospecting failed to find anything worthwhile. Then the lease was jumped by Charles Taylor for non-fulfilment of labour conditions. Taylor uncovered high-grade ore. His first 225 tonnes were dispatched to Wallaroo in South Australia and realised 4400 pounds. The ore contained 30% copper.

Lots were originally surveyed in 1900 to serve the nearby Anaconda Copper mine which also later changed its name to the Murrin Murrin Copper mine, Murrin Murrin being an indigenous name for an acacia tree common in the area. It was also locally known as the Eulaminna mine.
By 1901, the mine had produced 10 000 tonnes of ore for 700 tons of copper worth 50 000 pounds and employed 200 men.
By 1903 there were 64 residential lots a population of about 350, a police station, two hotels, two stores, a chemist and a newsagent.
Anaconda town was gazetted on 25th March 1904 but the name was changed to the Aboriginal name of Eulaminna on 24th July 1907 because of the confusion on the London stock market of the original name confused a mine of the same name in the USA.
By 1903 the town had a population of 350. However, due to mismanagement they closed in 1904 but were taken over by a new company called Murrin Copper Mines Ltd. In a case of history repeating itself, the mine closed for good in 1908.

In the early 20th century the Anaconda Copper Mine was considered the most important copper mine in Western Australia has produced over half the copper for the state.