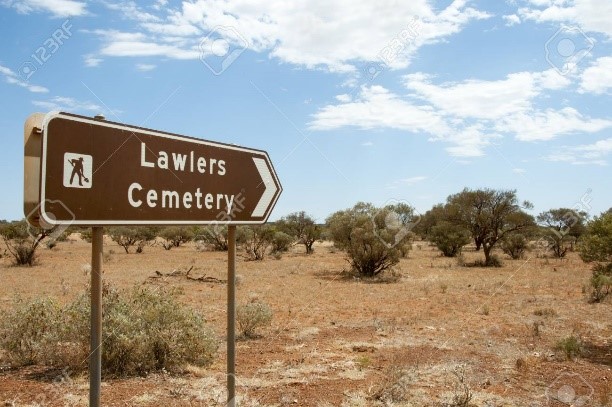 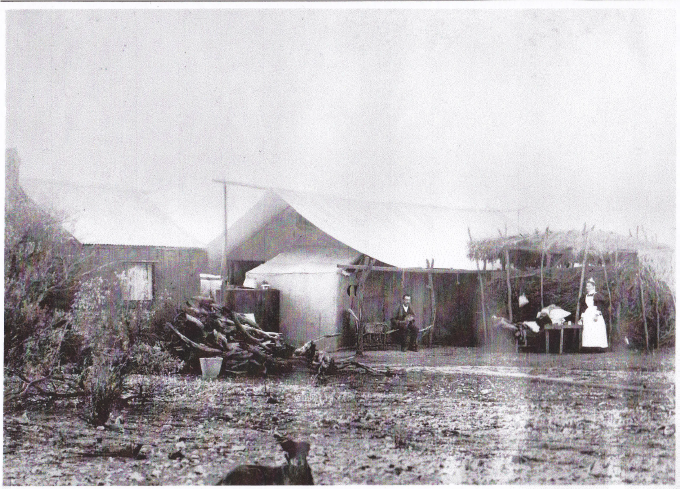 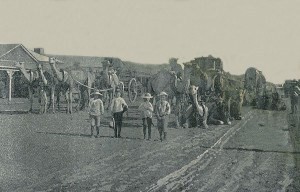 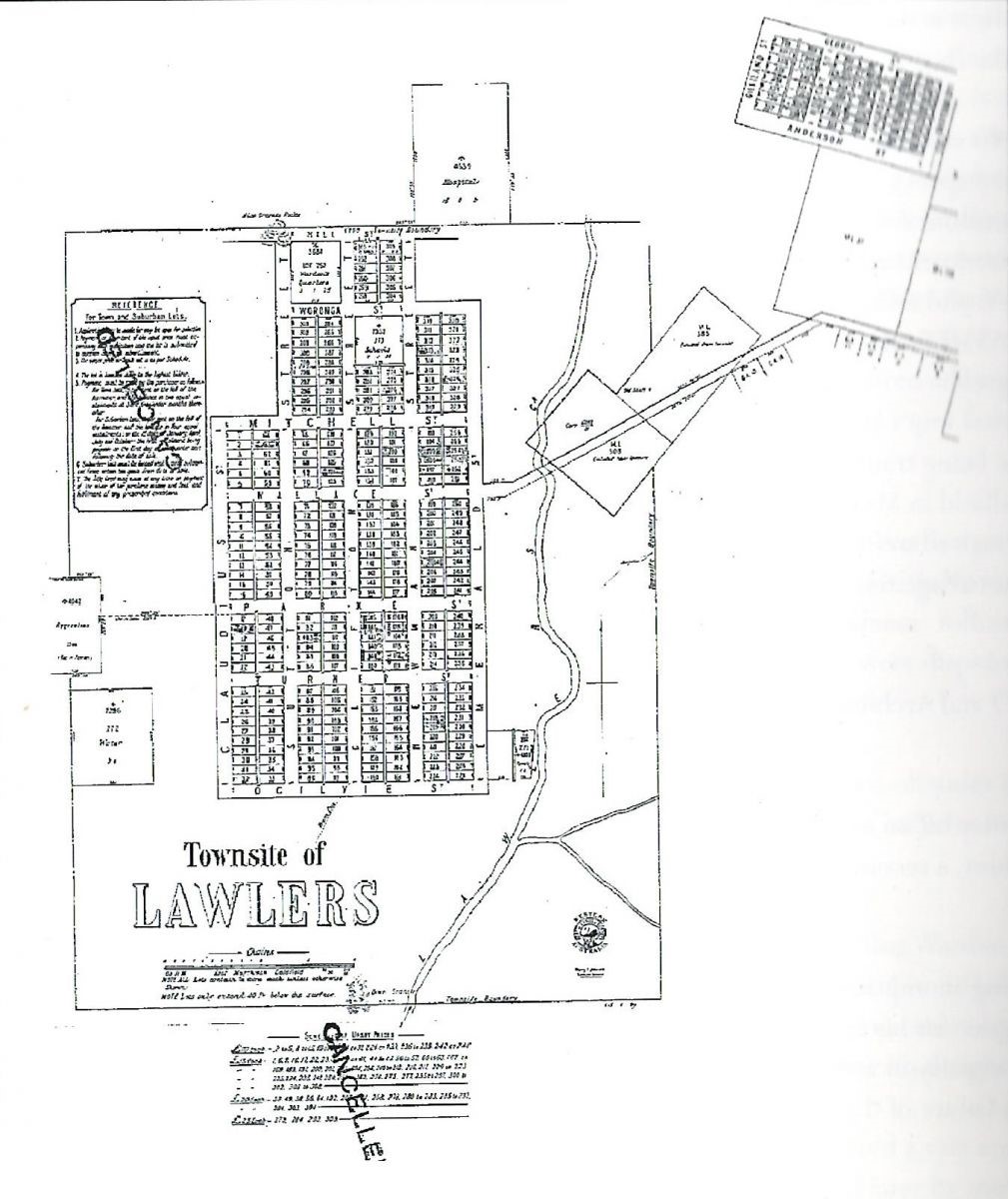 1894 Patrick J Lawler (Paddy Lawler) got together a party of prospectors, Gibson, Moses, Nevin and Donnelly, all prospectors of note. Arriving at Lame Horse Creek, from Cue they found a good deal of alluvial gold easily gathered. Cleaning up all the alluvial they then pegged the source and named it Donegal Reef. Gibson soon after pegged the Great Eastern a couple of miles to the northeast of Donegal. The Waroonga, Glasgow Lass, New Holland and Cinderella leases, all commenced before 1899.

It was on the 28th of June 1895 that the East Murchison Goldfield was declared and a Mining Warden appointed. Mr A.C. Clifton was the first Warden on Lawlers arriving after an arduous journey by camel from Coolgardie. Water was so scarce on the track that the camels had to go three days without water.
In 1896 the Government decided to survey a townsite at Lawlers, the land being surveyed in April and the townsite was gazetted later that year and named after Patrick Lawler.
A ten-stamp battery was established about 4.5 kilometres northwest of town in 1899 on a five-acre lease. A police station/courthouse was built the same year.
By the early 1900s, Lawlers was a significant town amid a host of smaller settlements, with five hotels, a variety of shops as well as banks, schools, a resident mining warden, brewery, blacksmiths, cordial factory and Cobb & Co coach service. By 1905 the district’s population peaked at almost 2,000,(although another source has the population at 8000 and Lawlers is the third-largest town in the state) but five years later the mines began to close and by the 1920s Lawlers was a ghost town.
East Murchison United was the dominant company on the field from 1894 to 1907. Initially, around 1895 they were involved with the Great Eastern Mine.
A bicycle courier service between Coolgardie and Lawlers was soon followed by a camel service from Cue, then a coach run from Mt. Magnet. In 1897 the telegraph brought the world to Lawlers.

A 10-head battery was erected at the Great Eastern by 1896 and was employing 90 men. The main shaft was down to 500 feet, the battery increased to 20 heads, a poppet frame over the shaft, and a tramway from the mine to the battery.
In its first 3 years, East Murchison United was able to return 60 000 pounds in dividends to shareholders, although November 1900 was the last dividend issued. When Great Eastern became uneconomic, the company moved to the Daisy Queen, Waroonga and Donegal in 1901, Empire in 1902 and Waroonga South in 1904. Fourteen miles of steam tramways were installed and the mill increased to 40 heads, with a cyanide plant installed. A loan was taken out to finance the development, and in 1905 the Union Bank foreclosed, and this ended the first period for the company.

The story of Lawlers and Agnew is available from gold-net.