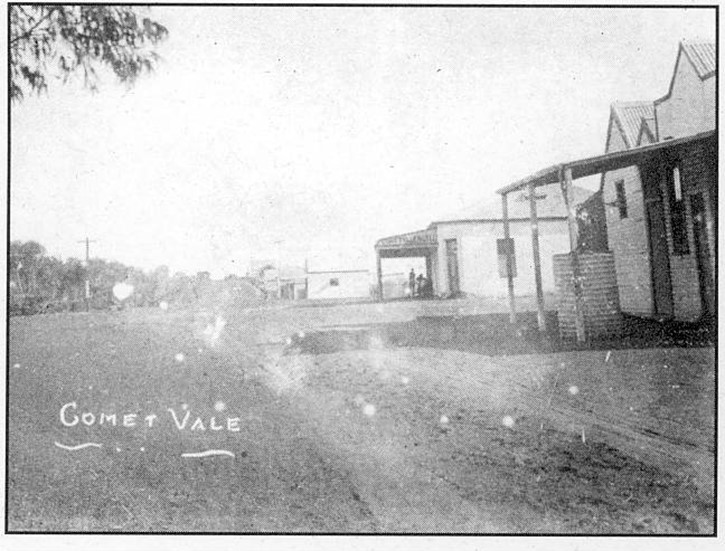 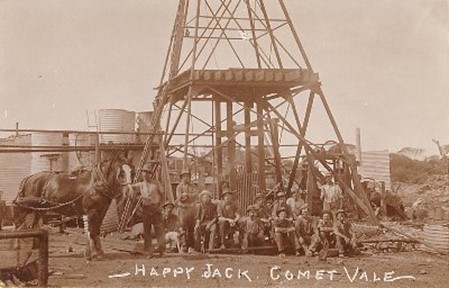 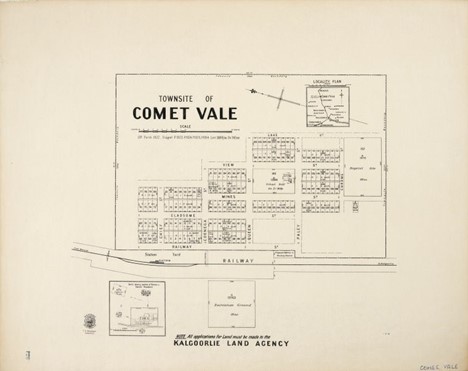 A prospector, Dan Baker is credited with the initial gold discovery in 1894 when he found an outcrop of granite containing gold. He made a claim, the lady Margaret which he later sold for 32, 000 pounds.

The town site was named after a comet called Gale, seen in the sky at the time gold was discovered in the area. By 1895 the town had a population of approximately 500, and by 1897 the townspeople were demanding a post office. The postmaster general instructed postmasters at Menzies and Googarrie to prepare daily mail bags for Comet Vale which were then distributed at one of the stores in town. The Comet Vale Hotel was established sometime prior to 1898
Two mines were in production in 1900 named Lady Margaret and Long tunnel. The Gladsome mine was operating before 1905.

More mines opened later including Sand Queen and Happy Jack both of which continued to operate after World War I.

The town was gazetted in 1916. A police station had been established in the town and was destroyed in 1916. A coach service used to service the town coming from Goongarrie and continuing to the Ularring district.]

Gold mining in the area ceased in 1938 during the final years of the Great Economic Depression and the threat of the Second World War looming but up until that time the area had produced 245,000 tonnes of ore with 181,000 ounces being recovered.

In 1921 fresh water was found in old shafts not far from town to replace water requirements that had been sent by rail from Kalgoorlie.

Mildred Walshaw: Lady Gold-miner
Mildred was the only permanent resident of the ghost town of Comet Vale and was most likely the only active woman prospector with her own gold mine in Australia in 1957
Her father was Dan Baker, who discovered gold at Comet Vale in 1894.