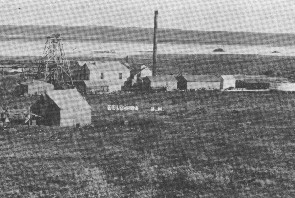 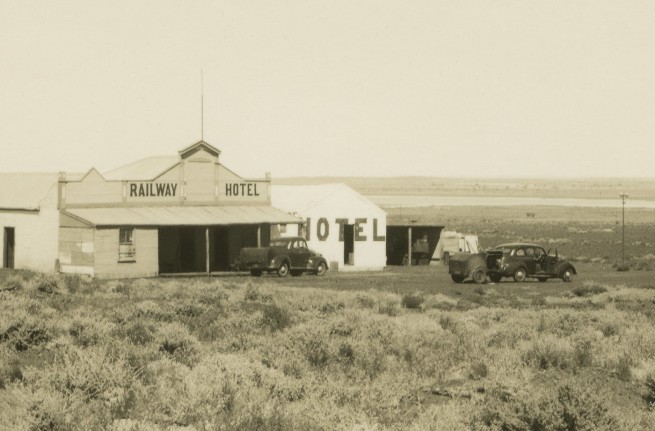 Region: Mid West
Coordinates: -27.6444444, 117.86944
Directions: 625 km north north east of Perth and 48 km north of Mount Magnet and 23k south of Cue on the Great Northern Highway, on an island in Lake Austin so often known as Lake Austin and The Island Lake Austin.

Number of Graves: 14
First Burial: 18th January Alfred Henry Pinkney, a digger, who died aged 38 years, in the heat for want of water.
Last Burial: 26th November 1931 J.C.Harris was buried at Lake Austin. His skeleton was one of two found on the 26th November 1931 near Lake Austin. He was identified from initials engraved on his watch, He had died many years earlier.

The lake is named after its discoverer, surveyor Robert Austin who explored this area in 1854. He named the lake Great Inland Marsh, but it was later changed to Lake Austin. The townsite, which was named after the lake, was gazetted in 1895
7th May 1892 The Western Mail newspaper reported that the Webb brothers arrived in Geraldton after leaving Lake Austin a fortnight before with a large quantity of alluvial gold found at Lake Austin. They reported that there were 100 men working there and that one was working a reef and getting a lot of gold.

The goldfield can be divided into three portions. The Mainland is physically part of the mainland and the most northern, The Island is a 5ks by 2k ridgeline surrounded by the Lake Austin saltpan and the New Orient Mine on a separate small island off the NE of the main land mass.
Iron Clad Gold Mine (the most southerly mine on the Island section) In June 1892, a 6-acre lease here was applied for by Halliwell and a party called the Ironclad mine. There was also a North Ironclad lease, taken out by Gregory, Brown and Caine (surnames) and later amalgamated with the Ironclad.). Around 1894, a Lake Austin Syndicate from Adelaide was mining the Ironclad lease and in early 1895 formed the Island Lake Austin Gold Mining Company and amalgamated the two leases. Prospects for the mines were overly optimistic. By 1896, a new syndicate called the Ironclad Lake Austin Gold Mining Company took over. No information about the company was found after 1897.
Golconda Gold Mine (located on the Island section) The original deposit of what was to become the Golconda mine was discovered in 1892 by Bails, Caws and party. In 1894, the Golconda Gold Mining Company was floated in London. The company raised 75 000 pounds capital and paid to the original prospectors 5000 pounds in cash, 25 000 pounds in shares or cash at the director's discretion, 25 000 pounds in shares, and 10 000 pounds in gross yield of the mine. It was a substantial sum for the time. The company bought up other leases over time but by 1902 reserves were running out and the last crushing was completed. To that time the mine had produced 19 695.77 oz. of gold.
Island Eureka Gold Mine (part of the Island section and adjoined the Golconda mine to the west. In 1895 the lease which became the Island Eureka mine had three shafts. In 1897 the Island Eureka Gold Mining Company was formed in Adelaide, with a first trial parcel submitted for crushing in June 1897. From this point to 1905, the mine produced monthly crushings of a few hundred tonnes each, with ounces also amounting to a few hundred each time. The mine progressed with a minimum of fuss. In 1905, a shareholder meeting detailed how all the gold had been found above the 250-foot level, and little gold could be found below this. As such the mine shared a similar fate to the Golconda, the same lode shared between the two mines. An exemption was applied for, all employees were laid off, and plant/machinery was sold.
The adjoining Golconda and Island Eureka gold mines produced 75% of gold from The Island between 1897 and 1905.
New Orient Gold Mine(located on a small island off the NE coast of the island, completely surrounded by the saltpan. In 1892 Tom Lawrence discovered, and initially developed this deposit. The mine was named the Orient, as he was once an engineer on the famous steamship by the same name. Lawrence was trudging across the lake when he saw a seam of gold shining in the sunlight across the face of a large stone block on this small island. Lawrence is credited with finding rich specimens, one of which he donated to the WA museum. Unfortunately, he died from typhoid fever and the mine was taken over by the New Orient Company from New Zealand then in 1895 the lease was amalgamated with others nearby owned by the Austin Company.

Transport was originally by bi-weekly coach from Yalgoo but by 1898 the railway reached the town.
Here were two hotels in the town, the Miners Arms and the Railway.

7th May 1892 The Western Mail
From our correspondent in Geraldton
The Webb brothers, belonging to North Hampton, have come in from Lake Austin bringing a large quantity of alluvial gold! They will not state the exact quantity, But I have seen 2?0 ozs, in their possession. The largest nugget they have Weighs 13 ozs. and the biggest Specimen 21 ozs. The Messrs. Webb left Lake Austin on Sunday fortnight
A hundred men were working there then. Some were doing fairly well and others were making little. A man named Laurence, on the north end of the lake, was working a reef, and getting a lot of gold