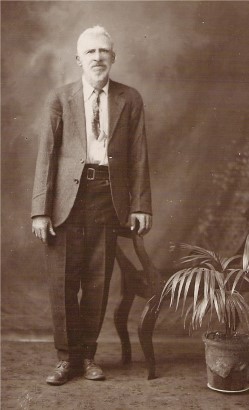 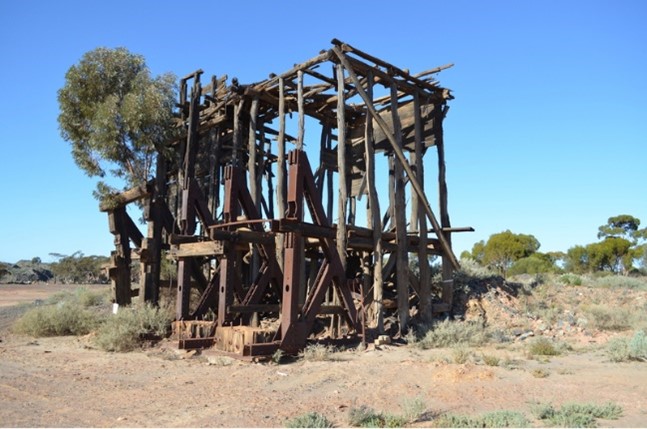 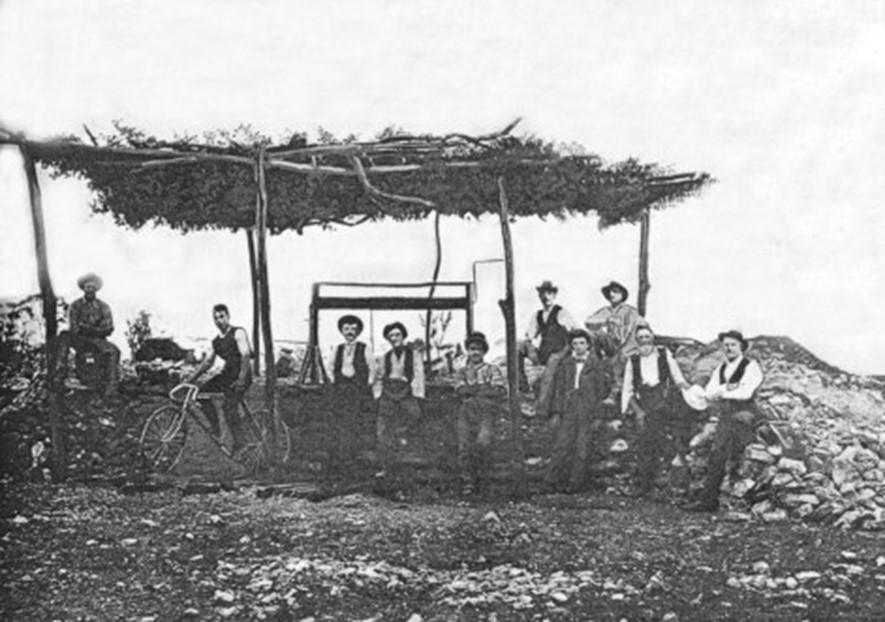 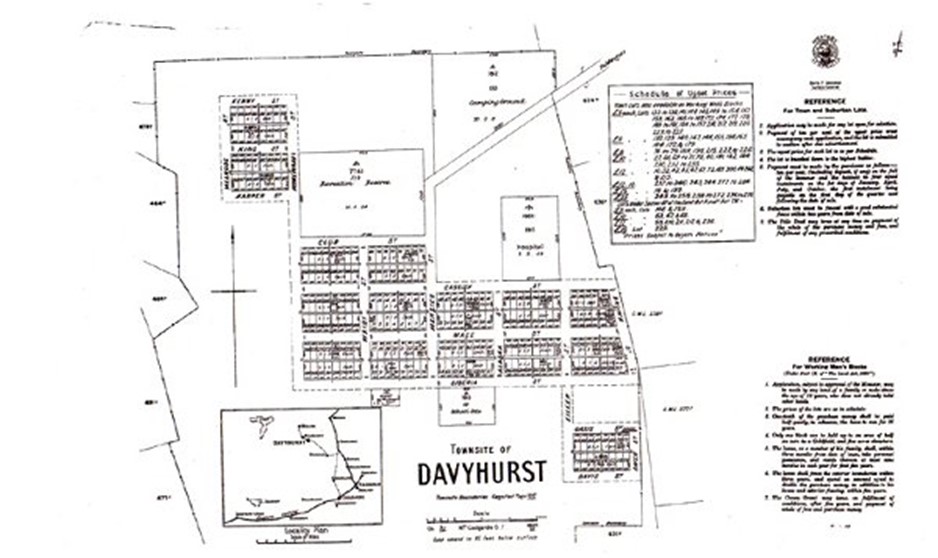 Walter Davy and Charles Mace applied for two leases at Menzies on the 18th November 1899. He named the mine Waihi after a mine in New Zealand where he and friends mined for gold before travelling to W.A. Together with Patrick Glenny, Miller Mace (Charles Mace young son) they had found initially three reefs on the first day, and by the second day had pegged the Waihi (36 acres), and adjoining Melrose.
While Thomas Davys had the location of Davyhurst named after him, from the 1899 discovery of gold at the Waihi, it was W.E. Miller who first discovered gold in the area. He pegged the leases calling it Oasis, and was awarded to him by the government

About a mile from the mine a townsite was proclaimed and buildings were hastily erected. Three hotel licences were granted along with several businesses.
The proposed town site was initially declared as Davyston (presumably after Walter Davy) It was also known as Macy’s Find and Davyton. Warden Owen advised the Department that the town was better known as Davyhurst (the ‘hurst” coming from Hurstone farm where Davy lived before leaving England). This was the name given to the town when it was gazetted in 1901

Initially, the prospectors extracted 138 tonnes for 835 ounces of gold. Glenny went abroad, spent big and returned to Davyhurst broke. Charles Mace died in 1924. Thomas Davys continued prospecting in the Murchison region. Miller Mace was a teenager at the time of the discovery. After leaving when the mine was sold, he appears to have become a semi-professional gambler for a time with horse racing in Melbourne and Perth.
In late 1900, the Waihi Gold Mines NL was floated in Adelaide with 80 000 pounds capital. While initially rich, grades decreased over time and at depth. Shareholders suffered regular calls for more money. The company was under the impression the mine had been exhausted by 1907, and let it on tribute to Warrigal and Clarke (surnames), who discovered new ore and made 3000 pounds in the space of four months. Tributers continued, until 1909 when the company abandoned the mine, for the Northern Star mine near Norseman. By this stage, the mine had produced 26 192 tonnes of ore for 14 964 ounces of gold.
Despite a number of large pits surrounding the former town site, they were large low-grade lodes. By 1907 a writer noted not one mine was active in the area.
By September 1915 the adult population was down to thirty males and eighteen females.

The story of E.E.Kurth is an interesting one, from schoolboy at Davyhurst to professor of Chemistry at the University of Tasmania. His family story is also an insight into the times. HTTPS://WWW.FRIENDSOFKURTHKILN.ORG.AU/ABOUT.HTML